Bringing home, a new born baby is exciting but at the same time it is very stressful. I don’t think as a non-mom you can even grasp how exhausting it is to take care of a newborn. My husband and I laughed during the first weeks at how little sleep we were getting. It is truly astonishing how little sleep you need to function.  I use the word function loosely.

I had my first born here in Munich, Germany in March of 2014. In my mind the decision to breast feed or not was merely a choice I had to make. I had made it, I would breast feed my baby. My mom had breast fed me and my brother and had no problems so it never crossed my mind I would have difficulties with it.  I had no idea that mother nature would have other plans. I read everything on breast feeding I could, I watched a million videos on a proper latch. I was as ready as I could ever be when I had our baby. I immediately let him latch after birth and he loved it and so did I.  This was going to work I thought but at his first weight in 2 days later, I was shocked to hear it wasn’t going as well as I had thought. Despite always being on the breast, he had lost way more weight than they wanted him to lose in 48 hours and they made me do a weighed feeding at the hospital before they would let me go home.  I did it and I forget how much he gained but it was about half as much as a feed should have provided.  They let me go but told me to get a professional scale and keep a close eye on his weight. Living here in Munich, Germany you can thankfully rent professional grade scales from the pharmacy so my husband went out so that I could keep track of my newborns weight gain. Most Munich moms also have a midwife visit them at home. Ours came every day at first and then switched to weekly when we were more settled.  She checked on me and him and we would talk about all our concerns.  She was a lifesaver. I love her still, she was a calming presence to have around and know that all your crazy new mom questions could be easily answered. I breast fed nonstop, he loved the boob, but he still did not get enough nutrition.  I worked with my midwife and tried it all:

* Pumping – despite only getting a measly few drops and I am not kidding when I say drops and I would meticulously poor those drops into an ice cube tray and after about 5 pumping sessions I would have a whole ice cube.

* I got my thyroid levels checked

* Tons of skin to skin time

* Tried to sleep when he slept but I also needed to be pumping after he fed and since he didn’t sleep anywhere but, in my arms, this made things tricky

Still every weigh in was devastating. As a scientist, I took documenting his weight seriously. I had a notebook next to the scale I recorded every weight in. At 5 days my midwife said we had to supplement. I was devastated it felt like I had failed. I cried because according to all I had read as soon as he got a bottle he would never want to breast feed again. I cried because I thought I would have lost my baby if I had lived in a time without formula. Did that happen back in the day? I guess that is why they had wet nurses.  Looking back, I can say with confidence that some people have a lot of milk and some people just don’t.  The ones that don’t, will still not have enough know matter how hard they try no matter how much they want to exclusively breast feed some times it just doesn’t work. I think the hardest thing about not exclusively breast feeding is that people automatically assume you didn’t try everything. I did, it wasn’t enough. My body for whatever reason doesn’t make enough breast milk for my babies.  I cried when he got his first bottle. He on the other hand ended up loving his bottles too. His tiny belly was finally full and he stopped crying so much. Writing about his first bottle still makes me cry 4 years later.

Thankfully, however, my little guy continued to love breast feeding. I would weigh him before feeds after feeds and then supplement with just enough formula to make up the difference of what he should be getting every feeding. I did not want to give him to much because I was still convinced that maybe I could stop supplementing and he could be exclusively breast fed as planned. He loved the boob. He literally did use it as a pacifier because it did not have much more than a drip of milk coming out of it most of the time and did not even like actual pacifiers. I let him because the more they suck the more milk production they stimulate. Well for me I never got him off the formula supplement. I tried and every time I tried he would stop gaining weight. He need the formula to thrive and so he got it. And every time I made a bottle I hurt inside but I was happy we lived in a time when it is available. I happily breast fed and bottle fed him for 15 months. We stopped when I was 10 weeks pregnant with my second son.

Second time around I read more. I was convinced I could make more milk this time. Maybe if I slept more or tried harder. Maybe if my second didn’t get jaundice at the beginning he would have a stronger suck and therefore I would make more milk. I read on what they thought caused jaundice so I could try and avoid it the second time around.  I thought the entire pregnancy about breastfeeding and hoped I would have more milk. It turns out I did have more milk but not enough. I did not however let my second get so skinny and loose so much weight as I did my first. I knew my body’s limitation and did not want to starve my child because everyone else pro-breastfeeding says it is possible.  We gave him his first bottle again around 5 days when he was only losing weight. I did not need to give him as many bottles and most times at the beginning it was just one a day. This was a huge improvement because with my first it was every feed.  I was happy with this situation and accepted the need to supplement with formula much easier the second time.  I still did all possible things to increase my milk supply. I was even able to pump more than a few drops! We happily supplemented with formula and he continued to love his breastfeeding contrary again to what I had read.  I think the idea of doing both is not highly talked about. It is always presented as an either-or decision and I want to tell everyone it doesn’t have to be that way.  For both of my babies I successfully balanced both breast feeding and bottle feeding.  My second at almost 2.5 years still loves to nurse and his milk bottles.

The moral of the story is that fed is best!  It doesn’t matter how you feed your baby. You know what works best for you for whatever reason. Don’t feel guilty for having to bottle feed. Embrace it because you are providing nutrition and love the best way you can. And maybe you can have a baby that takes both bottle and boob, it was the a happy in between we lived with both of my babies. No matter your feeding journey we are all in this together.  I am sad I only have some low quality photos of these very important moments. I would love to photograph you bottle feeding or breast feeding your baby. Contact me about a session and remember I have great first year in business deals you don’t want to miss. 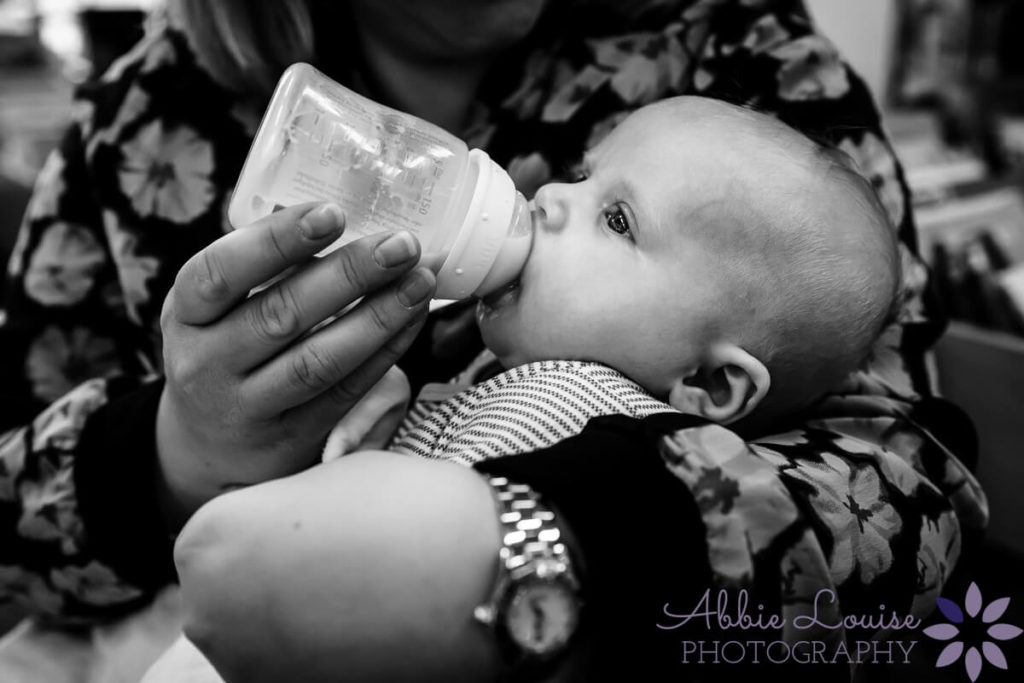 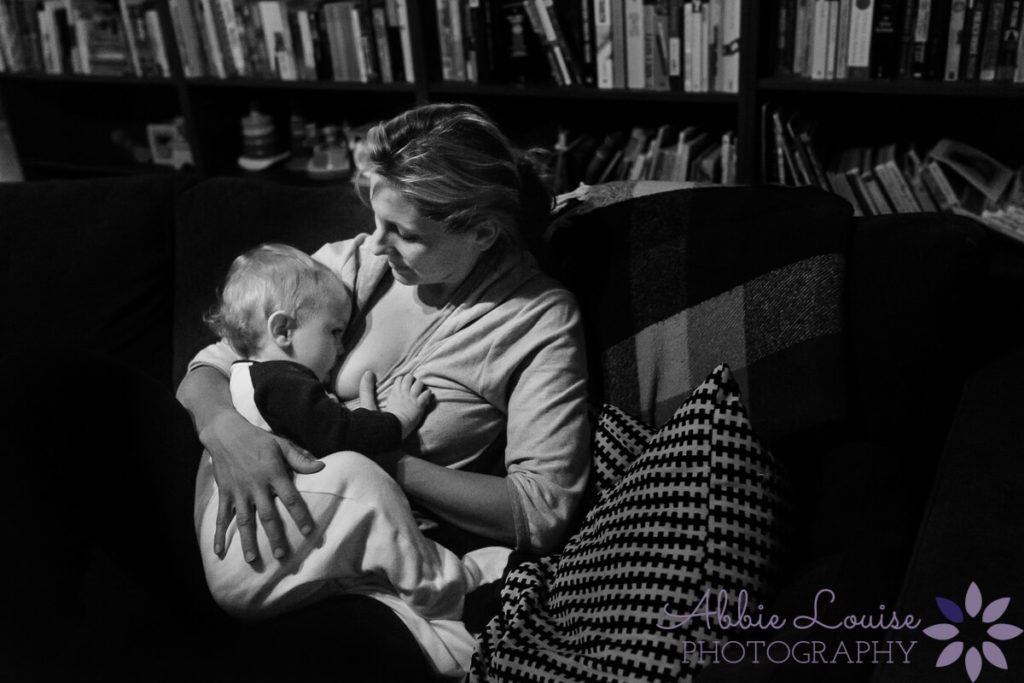